6 Things to Do After a Cyberbreach

Data breaches have become so common these days that they’re hardly news anymore—unless they’re truly massive breaches like the Yahoo cyberbreach that affected 3 billion users. With cyber threats constantly emerging and evolving as time goes on, it’s not a question of if your company will suffer a network security breach, but when.

Do you know what to do after your company experiences a cyberbreach? Having a data breach response plan can help to minimize the impacts of a breach—potentially saving millions of dollars in losses.

For example, the 2013 Yahoo data breach impacted the company’s valuation right before it was acquired by Verizon. According to The New York Times, Yahoo’s breach caused $350 million to be dropped from the acquisition deal. Had the breach been detected and contained more quickly, billions of users may have been spared—and the company might have preserved its valuation.

Why You Should Prepare Before a Cyberbreach Happens

Before getting into the list of things to do after a cyberbreach, it’s important to be prepared for these network security incidents in the first place. The first step is to create an incident response plan (IRP) that your cyber network security team and employees can follow during a breach.

Having a plan in place can mean the difference between employees reacting swiftly to cybersecurity compromises and running around aimlessly as the damage gets worse.

The National Institute of Standards and Technology (NIST) has a deceptively simple five-step framework for addressing cybersecurity incidents:

All five of these parts of the framework need to be established prior to a breach. Trying to detect, respond, and recover from incidents without having the right processes and tools in place will result in a confused response that may increase the damage done.

Some specific preparations you should make include training employees about the cybersecurity risks they face online, ensuring that there are sufficient resources in place to detect potential cyberbreaches, and creating an assessment of what your biggest security risks are. Knowing which systems are the most vulnerable to attack, which ones will cause the most harm if they fail, and which ones are relatively expendable for your daily operations can help you prioritize your cybersecurity measures appropriately.

What to Do after a Cyberbreach:

Once a breach has been discovered, companies will be in a race against time. However, even before trying to contain a breach, it’s important to verify the breach, its scope, and its point of origin. The information you collect during this compromise assessment can help you ensure that your response to the breach is thorough and will eliminate any backdoors the attackers may have left.

This information may also be crucial for getting insurance providers to pay for damages. Being able to prove that the attack was not from a government entity can prevent the insurer from claiming that it was an act of war (something insurers can use to exempt themselves from paying).

As quickly as possible after verifying the breach and launching a compromise assessment, steps should be taken to contain the breach. This is different from eliminating the breach, as the goal is to keep the attack from spreading to other assets on the network. So, containment often involves isolating affected systems, temporarily revoking access for compromised user accounts, or blocking IP addresses to keep attackers locked out as you fix the exploit they used.

Having an incident response plan that accounts for different scenarios can be incredibly useful for being able to contain different cyber threats.

Containing a breach isn’t the same thing as stopping the attack. Once the breach has been contained, you can work on eliminating the source of the problem. The method of elimination will vary depending on the type of cyber threat you’re dealing with.

For example, you may need to reformat (or physically remove and replace) storage drives that have been compromised with malware to ensure it has been eliminated. Or, you may need to disable certain software applications to eliminate the exploit used in the attack.

Eliminating cyberattacks will rely heavily on knowing the methods behind the attack—which is why it’s so important to investigate a cyberbreach before you can remediate it.

After eliminating the breach, you can begin working on restoring your network to full working order. If you lost data because of the attack—either because of a ransomware attack or having to reformat/replace infected storage media—now is the time to restore it from your business’ data backup solution.

Compromised network assets should be reinitialized or replaced as needed to restore normal network function, and users should be given access as needed.

You should also take some more time to investigate how the attack was carried out and update or upgrade your cybersecurity architecture (and your hardware/software) to prevent other attackers from using the same methods to cause a security breach in the future.

6: Notify Any Affected Parties of the Data Breach

If data was compromised (or may have been compromised), it’s important to notify any and all affected parties as soon as possible. This not only helps your network’s users protect themselves against fraud, it’s a legal necessity.

As noted by the National Conference of State Legislatures (NCSL), “All 50 states, the District of Columbia, Guam, Puerto Rico, and the Virgin Islands have enacted legislation requiring private or governmental entities to notify individuals of security breaches of information involving personally identifiable information.”

While the specific laws and their requirements vary from state to state, they all have one. Failing to provide prompt notification of a data breach to a potentially affected party may result in hefty fines and other penalties. Additionally, trying to conceal a breach by not reporting it can be an easy way to lose the trust of customers if it’s discovered later.

Here, having detailed information about the types of data and systems that were compromised can be very useful. Being able to report that only certain kinds of non-sensitive information may put customers at ease. Meanwhile, letting customers know when critical information was compromised helps them take the right actions to prevent fraud and protect their privacy.

Get Started on Improving Your Cyber Network Security Now!

Cybersecurity is too big of an issue for businesses and their customers to leave it alone. Improve your business’ network security to prevent security breaches and improve your incident response with the help of ideaBOX today! 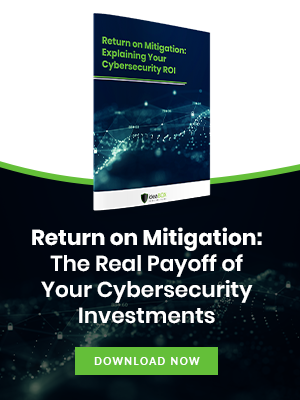